Venezuela’s political and economic crises have human rights experts concerned about the country’s rate of gender violence, for which legal systems are in place but no government data is available. Luz Patricia Mejía, a lawyer at the Organization of the American States (OAS) and women’s rights expert, says there is reason to believe the rate of violence against women may be rising. Chinese Nobel Peace Prize winner Liu Xiaobo was released from prison Monday on medical parole after being diagnosed with late-stage liver cancer. Human rights advocates say Liu’s tragic fate is representative of many others who have also fallen victim to China’s growing clampdown on civil society and dissent. A year after witnessing the murder of his friend by a gang of farmers in Brazil’s agricultural heartland, indigenous activist Elson Gomes still fears for his life. Gomes also misses his friend, Clodiode Rodrigues was one of 61 land rights campaigners killed across Brazil last year, the highest level of violence since 2003. Gomes and Rodrigues are fighting for rights to their land. 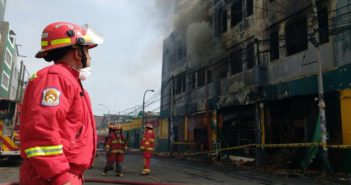 Congolese authorities have identified 10 more mass graves in a region where the military and militia fighters accuse each other of summary executions and burials. The 10 new graves announced by the military on Monday bring to 52 the total number of such sites found in the Kasai region since the start of an insurrection last August by the Kamuina Nsapu militia which wants the withdrawal of military forces from the area. Urgent government action is needed to address inadequate health care, housing and other root causes of a suicide epidemic among Canada’s indigenous, according to a new report. Canada’s indigenous suicide crisis stems from a long history of poverty, chronic unemployment and generations of sexual, physical and psychological abuse. Acid attacks – a vindictive form of violence meant to disfigure and maim a person for life – are on the rise in most developing nations, particularly in South Asia. Bangladesh, for example, has for many years been notorious for this form of attack. But effective legislative reforms in Bangladesh are inspiring advocates in other countries, like Nepal, to pursue legal protections for future victims. Today is, unfortunately, a World Refugee Day like no other. Never before in the history of the world have so many been on the run, more than 65 million people, most of them displaced from their homes due to conflict or other threats to their welfare.